Greer Grant was a sophomore at the University of Chicago when she met and fell in love with rookie policeman Bill Nelson. She dropped out of college to marry him, but a year later he was killed when they interrupted a robbery. The policeman's widow sold their house, moved to an apartment, and tried to find a job. The only opportunities open to her were secretarial. As she was about to lose hope, she... Lire la suite 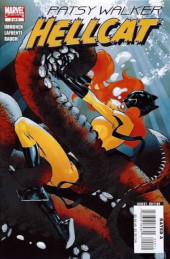