The Justice Society was revived as a monthly series called JSA in 1999 which mixed the few remaining original members with younger counterparts. This incarnation of the team focused on the theme of generational legacy and of carrying on the heroic example established by their predecessors. The series was launched by James Robinson[81] and David S. Goyer. Goyer later co-wrote the series with Geoff... Lire la suite 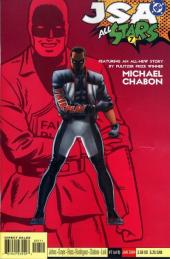 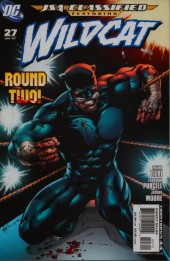