One of the biggest Hollywood options of the year, nominated for three Eisner Awards, Incognito is finally back for more! It's apocalyptic pulp noir at its finest! It's been over a year since Zack Overkill came out of Witness Protection to build a new life. But working for the government isn't that different from being controlled by them, and his new secret identity is becoming more trouble than it's... Lire la suite 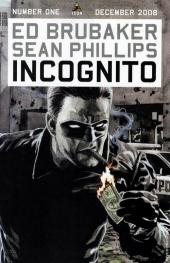