Secret Warriors is based on the concept of espionage, in which Norman has finally gained control over S.H.I.E.L.D now H.A.M.M.E.R. The Secret Invasion has concluded and Nick Fury is remains hiding with his caterpillars. A number of youthful operatives are ready to take on Hydra and the corrupted whenever Fury points them in a specific directions. However, the group begins to question his motives and... Lire la suite 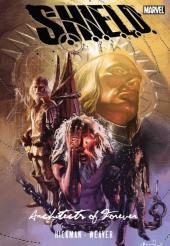